Ok, this year was a lot prettier than last year.  Hurricane Sandy ripped through the East End a little more than a year ago,  leaving much of the region without power for as long as 3 weeks.  Yes, I was one of them.    Since then homeowners have been exploring their options to prevent their milk from souring and the Internet from going down.    One of the most popular solutions has been purchasing a home generator.    From the simple gasoline lawn mower engine variety to the more complex, heres a quick intro some of the basic facts from the folks at East Hampton Energy Solutions!

Sure, the pools are closed and the beach is a little bit nippy.  But if you’ve ever had a doubt that the Hamptons are spectacular in the fall then look no further.   Here are some of my favorite sites in and around the East End.

Hi guys, I normally don’t post on Saturdays but what the heck.  It’s Oscar Weekend in Hollywood and since we here in the Hamptons have our fair share of residents attending, I thought it was worth a bonus  Hamptons Chatter on the connection between the two.     Yeah,  I know this isn’t quite the quality of say the Today Show but we’ll get there soon.  It’s been a long time since I did anything like this and my editor is doing his best to make us all look good.   So, that being said my second VIDEO blog.      Is it a  little wacky and rambling, yes.  But I hope you enjoy anyway.   A special thanks to my former anchor Bill McCuddy for doing this along with Steven Gaines, Author of Philistines at the Hedgerow.  So live from my kitchen… Hamptons Chatter!

I thought I was done for the year but like Al Pacino in GODFATHER III, “they keep bringing me back!” I’m not sure who the “they” are but I guess it’s the fact this week has been so darn busy on the East End. It’s like July trying to find a parking space in any of the villages. So now back to the news… good news folks… the former JLX Bistro/Pommes Cafe

(I had to use JLX because I don’t think anyone knew the Pommes Cafe) will soon be taken over by the folks behind MUSE in Water Mill. Chef Chef Matthew Guiffrida will be bringing his unique and diverse menu to one of the best locations in Sag Harbor. Let’s just hope he brings his amazing fondue… YES FONDUE… from MUSE to the new location. Yeah, I know fondue is not something that will help me win any “hard body” contest!

Located on the end of Main St., the space has gone through several incarnations over the past few years. But I think it has more to do with bad management than it being a bad location. Besides, if anyone can make this work I’m convinced Guiffrida can do it. I’ve always loved MUSE but since I live in East Hampton, found the trek to Water Mill a little much especially in the summer. So, I’m thrilled he’s taking over this space in Sag Harbor. In fact, I asked Matthew if he’ll be doing any of his cooking classes in Sag Harbor and he said, yes! He also told me his menu will be similar to that of MUSE but with a few more pasta and seafood dishes added. 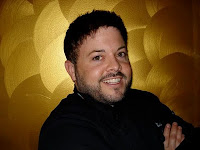 Speaking of the man behind the stove, Matthew Guiffrida if any one of my friends who still works in television reads this blog, take note! Who was one of the first people to give Bobby Flay a gig on TV?! You’re right, it was ME! Well let me tell you Guiffrida should be your next food segment booking. I went to his cooking class and not only was it an amazing night of food and wine… LOTS OF WINE ACTUALLY… but Matthew is charming, funny and fast. He should be doing television! Matthew good luck with the new place and make sure we get invited to that opening hopefully this March!

Now for a little bit of bad news. It seems the restaurant that was the BEACH HOUSE is no longer. What started out in my opinion one of the best new restaurants of Summer 2011 has become a victim of the off season blues. According to owner Michael Gluckman, he may be back in another

incarnation soon. I’m hoping so and I’m also hoping the new restaurant serves what I thought was some of the best TUNA TAR TARE around. Ok, hopefully I’m done… and done with blogging about food. I’m going back to the gym this afternoon and hopefully I’ll blog more about working out in 2012!!! Wish me luck!

It’s seems a scandal and a sluggish market was more than they could handle. The Uber firm of Engel and Volkers has packed it up and sold their Hamptons Out posts (including the brand new East Hampton location) to NestSeekers. Apparently employees were told Friday afternoon about their “new opportunities.” If you remember this isn’t the first time for the NestSeekers out east, they had an out post in Sag Harbor which lasted for about a year. Let’s see if the second time is the charm?