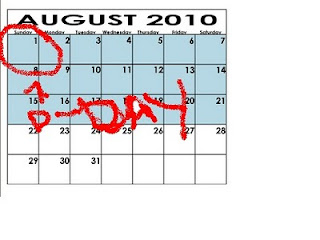 In case you weren’t aware, August 1st is High Noon in the Hamptons for real estate agents. WHY? Because it’s the day most of the rental customers move in for their end of the summer rentals. While real estate agents make more than say the girl at the Carvel, when people are paying some serious bucks the expectations are a little different. So, I did a little informal polling around town with home owners and a few agents from Prudential, Corcoran and the other guys and asked what are some of your favorite stories from the trenches. Here are a few of my personal favorites. The names have been changed to protect the stupid and innocent!

A TOAST TO THE BROKER: Friends of mine decided to rent their own home south of the highway for August and spend the month in Europe. They were relieved when they found a wealthy couple from out of state who would actually be moving in with their maid, butler and entire staff to look after their very pristine home. Well while their home was for the most part pristine the kitchen had issues. The issue? The toaster was sub par and required more than one cycle to get the bread golden brown. The irate renters insisted said landlords immediately get a new toaster that morning while they were “still having breakfast!” The landlord’s response was “Krups you!”

HALSTON WE HAVE A PROBLEM: This comes from an agent who’s customers “The Smiths” have a bad short term memory and won’t settle for second best. Due to an influx of arriving renters and scheduling conflicts the agent “Halston” was unable to meet Mr & Mrs. Smith to let them in to their new August rental. No problem. They’ve been to the house before and Halston would leave them a key under the mat and meet them later to make sure everything is alright. Well the Smiths arrived and loved the house! “Halston, dont’ bother we’re fine… we’ll speak to you later if we have a problem!” Well two days later, “Halston we have a problem!” The Smiths were awoken early in the morning by the owners of the house! The homeowners were shocked to find someone sleeping in their beds! “Who are you people” the owners exclaimed!?” The Smiths were indignant and shocked, “we’re the people who rented this house!” There was only one problem, The Smith’s didn’t rent the house they rented the one next door!

GLEN OR GLENDA: What is an agent to do when he or she rents a home to someone who isn’t what they appear?! One broker went to the home at the owners request to find out who was the extra woman staying in their house?! They had rented it to a single gentleman who seemed to have shacked up and allowed a woman to move in without the landlords consent. Well imagine the surprise that nobody new had moved in. It was just a matter of the the tenants preference to wear heels and skirts while vacationing in the Hamptons. As if they’re weren’t already enough single women in the Hamptons!!!?

Finally a few quickie requests and complaints that agents have received over the past few years;

1) There is no hot water in the master shower… both knobs say cold!!
2) Can you help us change the light bulb in the night stand lamp, we’re not very mechanical!?
3) There are too many bugs in the back yard and there is no screened in porch, you need to do something!
4) Would the landlord mind cutting down the one tree? It’s blocking the late afternoon sun from the pool!
5) How would running the pool heater drain the propane tanks??!

Oh people, there are way more stories here to discuss. Perhaps I’ll have more in the days to come! But now you know why I haven’t blogged and what I’ve been dealing with!!!

Finally, to those folks that have that top agent representing their property. If they’re too busy to let another agent preview a $39 million dollar home, do you think they’re wasting their time showing your cheap $10 million dollar shack?! Any guesses who this broker is?

2 thoughts on “Tales from the Trenches… the renters and landlords from HELL!!! YES, they are true!!!”

This site uses Akismet to reduce spam. Learn how your comment data is processed.